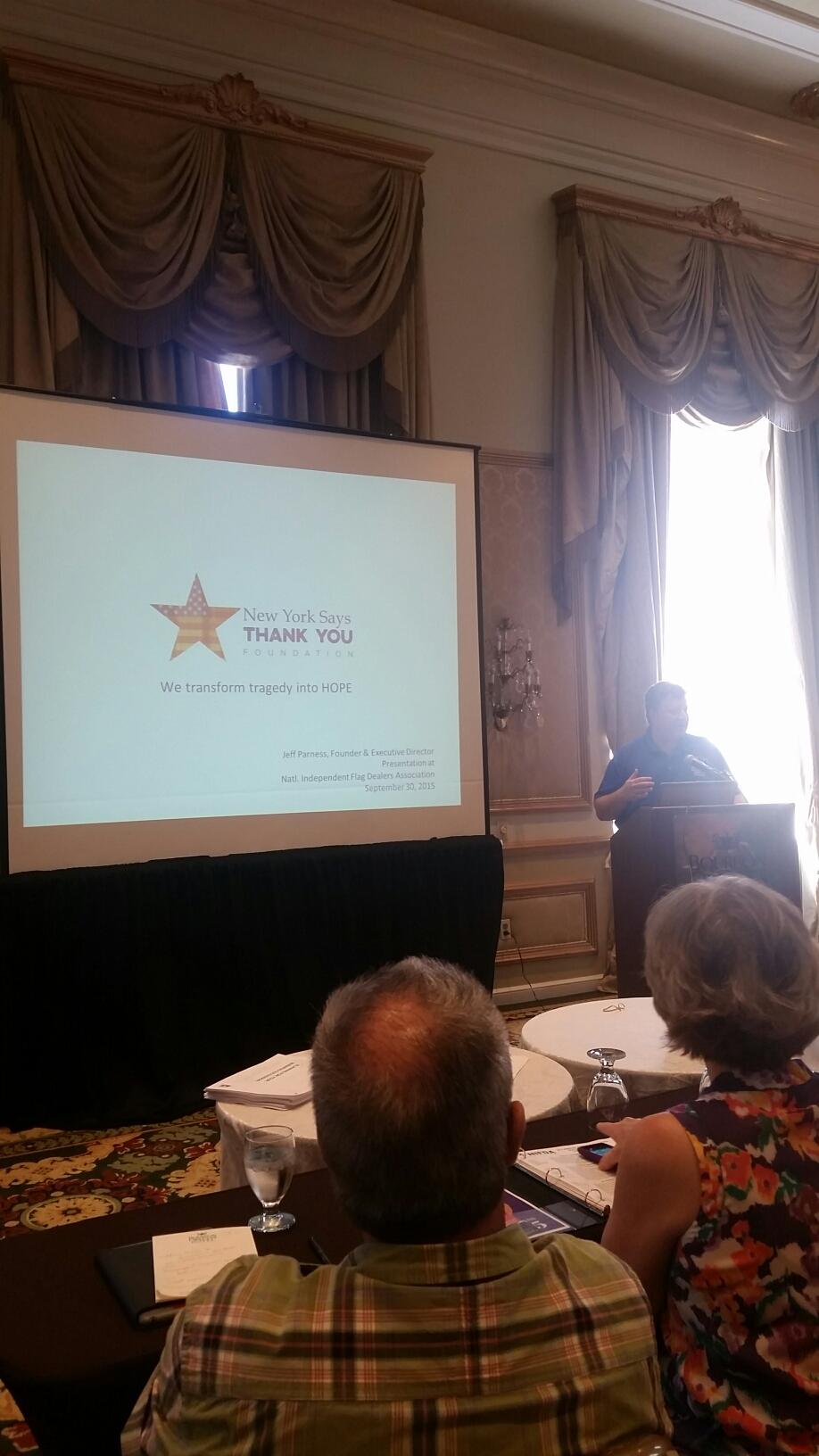 Flags.com is proud to announce a new monthly feature on our blog. We want to highlight a different person or organization who is making a difference in the world using the powerful symbols of flags. For the inaugural post, we are highlighting the good that Jeff Parness has been doing. We were in the audience when the National Independent Flag Dealers Association presented the George Washington Award to Parness for his work on the National 9/11 Flag.

Jeff Parness was a software venture capitalist in Manhattan when the twin towers were hit on 9/11. His business partner and friend was one of the thousands that were killed in the attack. "9/11 changed all of us forever, but 9/12 changed us just as much. That outpouring of kindness and generosity, to me, was more powerful than the terror that happened the day before." Parness wanted to be a bigger part of the outpouring of kindness. The New York Says Thank You (NYSTY) Foundation was created out of the want to help spread the kindness across the country.

The National 9/11 Flag project is a project the NYSTY is spearheading to restore the American flag that was tattered from the wreckage. 8 years after the flag was saved, the man who made sure to store it, Charlie Vitchers, brought it with him on a NYSTY trip to Greensburg, Kansas. As the volunteers helped build the town up after a tornado, the residents used some of the remnants of flags ruined in the tornado to repair the 9/11 flag. This started a National 9/11 Flag tour in which the flag traveled to each state and used a retired state flag to help repair the National 9/11 Flag.

On September 30, 2015, the National Independent Flag Dealers Association awarded Parness the George Washington Award. It is given to someone who has surpassed most in showing what this country stands for.

You can read about all the famous flags used (including the original Star Spangled Banner!) and other facts: http://national911flag.org/